Microsoft’s latest client operating system combines the familiar Windows 7 look, including the popular Start Menu, with the Live Tiles and touchscreen features of Windows 8’s modern interface. Other headline features of Windows 10 include enterprise-class security, the new Edge browser with HTML5 support, the Cortana voice-based personal digital assistant, tight Cloud integration, the ability to work with virtually any class of desktop or mobile device, and a suite of tools for streamlining and centralizing the management of all Windows 10 devices. Windows 10 also offers a host of benefits such as faster boot and resume, faster Wi-Fi reconnect, enhanced multi-monitor support, expanded Snap capabilities, and an improved task manager.

However, with Windows 10 not everything is straing foward as Microsoft has changed the way they release and recommend the deployment, support, and update of the Windows OS.

Before Windows 10, Microsoft would release a new version of the Windows OS every five years recommending a Build, Capture and Deploy approach for organisations wanting to roll out to their device estate. The OS would come with a 10-year support window and updates would be released a couple of times per month (with Security updates being released on “Patch Tuesday”).

With the release of Windows 10, Microsoft has changed; and is still improving its approach on the above. Starting with the release of Windows 10 version 1703, Microsoft releases two versions of Windows per year, one in March/April and another in September/October. Microsoft will support the March/April version for 18 months only while September/October will be supported by 30 months. Updates to the OS are now cumulative, which means that every month the update package released by Microsoft will get bigger and bigger.

Based on the above, it is recommended to test each new version as soon as possible to maximise the number of months to have a supported version in production. Having a short support cycle also means a quicker evaluation, deployment, and production cycle.

Is your company and support stuff ready to take this extra workload? Are you still managing the Windows 10 devices like Windows 7 and not take the full opportunity it brings to your company?

What can we do?

Closely linked with our ConfigMgr offerings, our team specialises in helping organisations within both the public and private sectors achieve their ambitious Windows 10 infrastructure goals

This popup will close in:

Join our free newsletter and don't miss out the latest news, tips and advices from our experts

You can find out more about which cookies we are using or switch them off in settings. 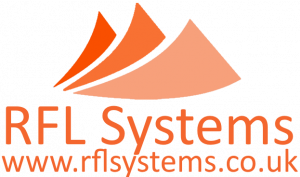 This website uses cookies so that we can provide you with the best user experience possible. Cookie information is stored in your browser and performs functions such as recognising you when you return to our website and helping our team to understand which sections of the website you find most interesting and useful.

Strictly Necessary Cookie is enabled at all times so that we can save your preferences for cookie settings.

If you disable this cookie, we will not be able to save your preferences. This means that every time you visit this website you will need to enable or disable cookies again.

This website uses Google Analytics and Microsoft Clarity to collect anonymous information such as the number of visitors to the site, and the most popular pages.

Please enable Strictly Necessary Cookies first so that we can save your preferences!